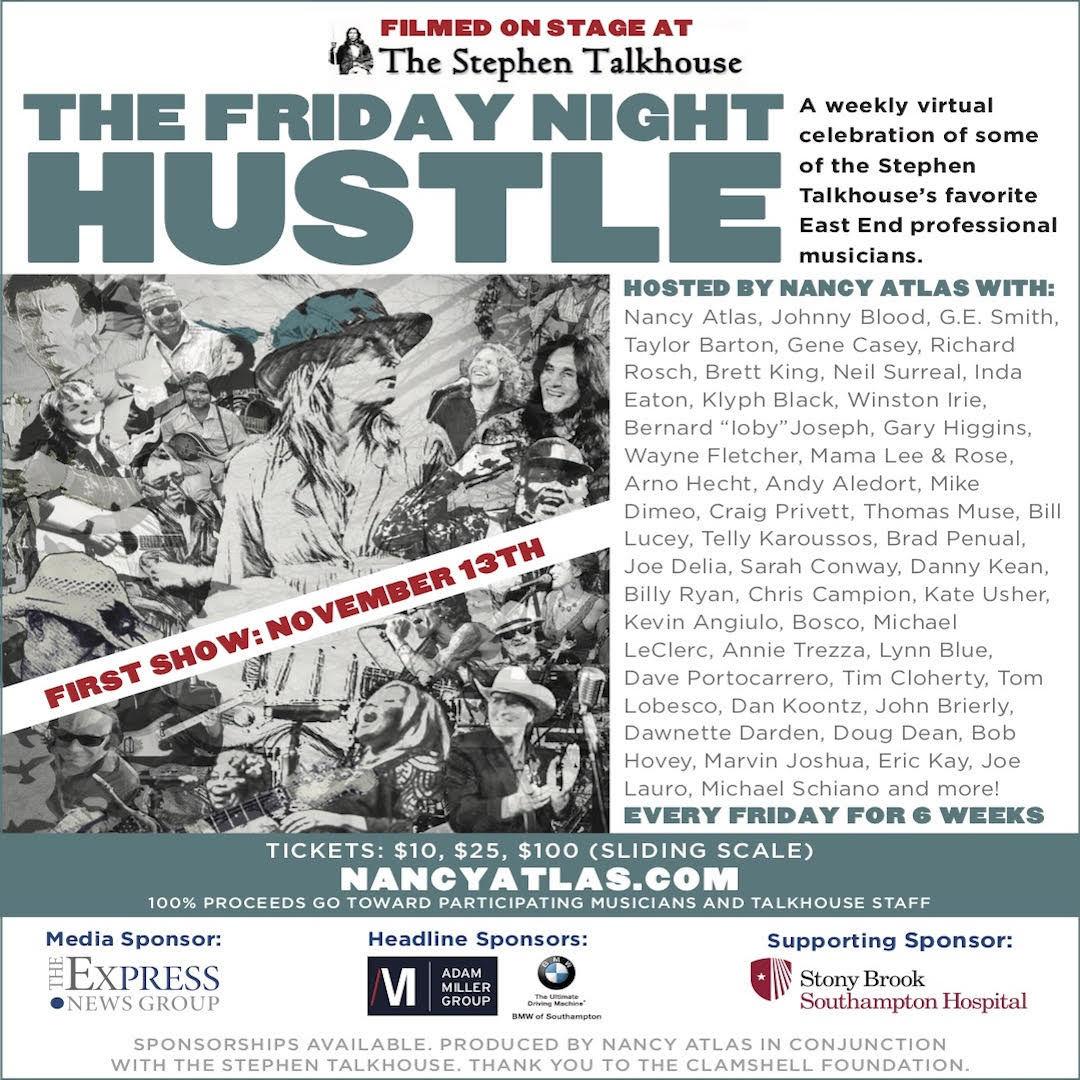 Get Tickets (Ticketing & link to series administered by Musae) The Friday Night Hustle is a virtual concert series with six episodes beginning on Friday, November 13th at 8pm.? The series features musicians from the East End of Long Island as they perform at the legendary Stephen Talkhouse. The series was filmed this fall and … Read more 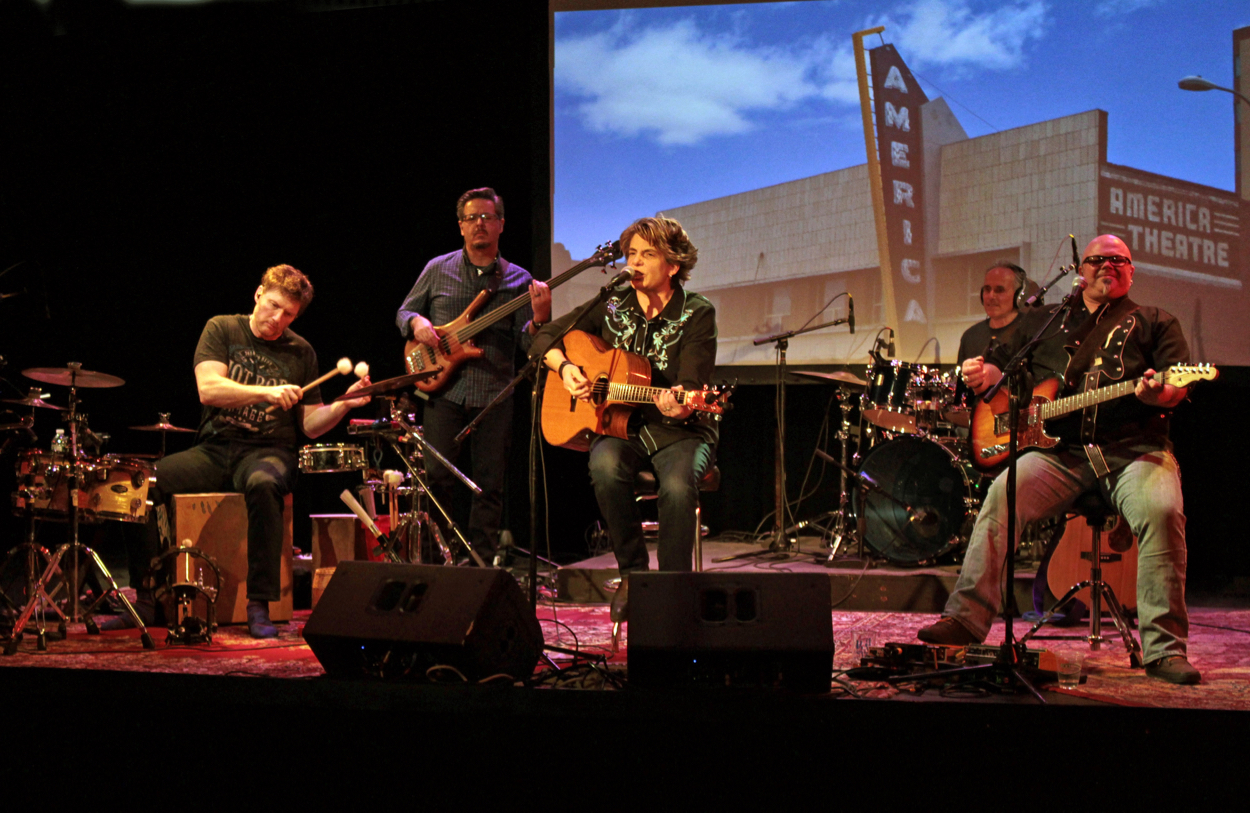 Over the top with emotion from recent ‘Shelter in Place’! Beautiful work by an entire community. More clips & credits to follow… 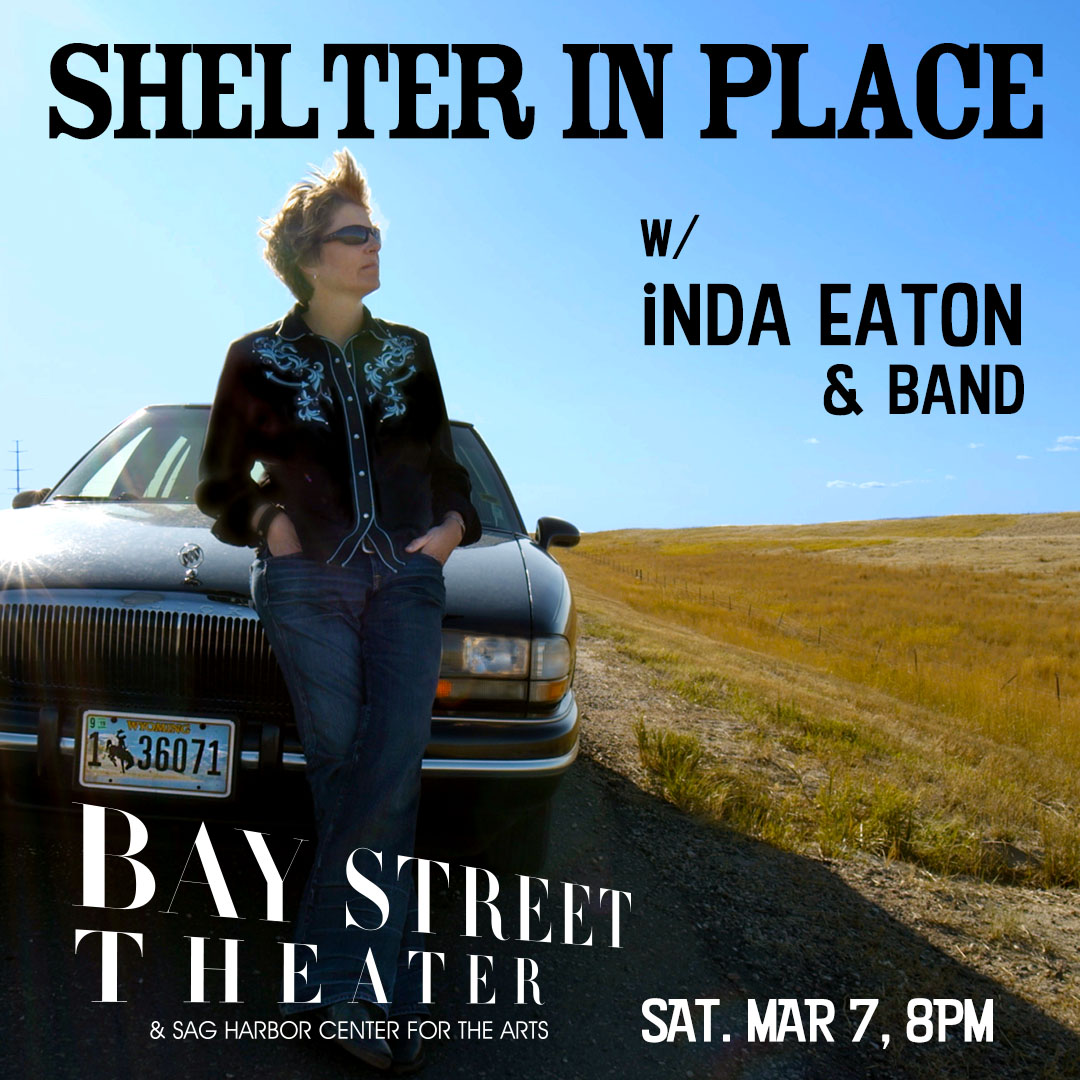 Shelter in Place at Bay Street is an original music experience filled with stories about wanderlust, human connection and adventures in resilience.? Performing songs from Inda?s latest album, Shelter in Place, the show takes a rousing look at the allure and chaos of the road from the perspective of being in a safe and loving place. Think ?girl with a guitar who is addicted to harmony and dash board drumming? meets a TED talk hosted at a comedy club.

Shelter in Place is featured on Itunes and Spotify.? CDs will be available at Bay Street for Inda to sign after the show. 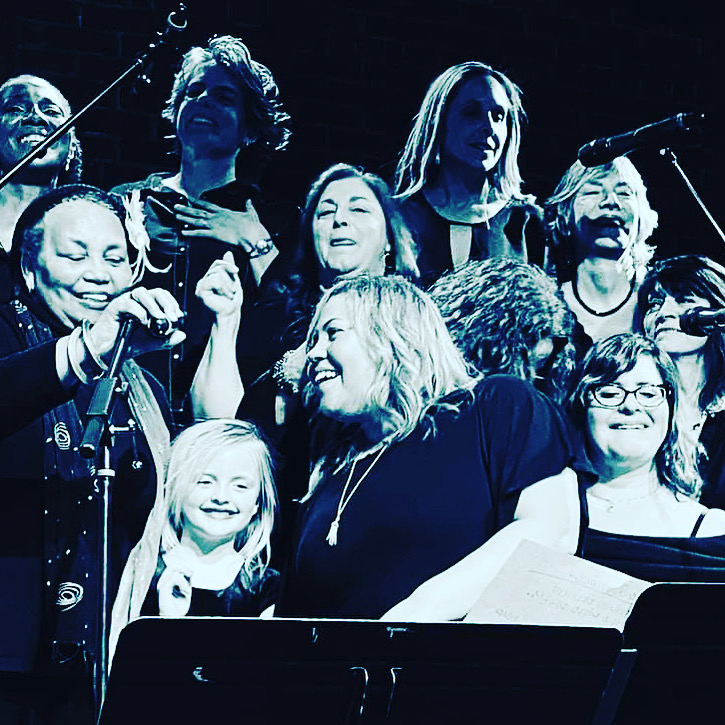 Congrats to Nancy Atlas & The Nancy Atlas Project for 42 Sold Out shows at the Bay Street Theater!? That’s like a Celine Dion residency at Caesar’s Palace when you’re a DIY-Indie label. There are 3 community generations featured in the choir. 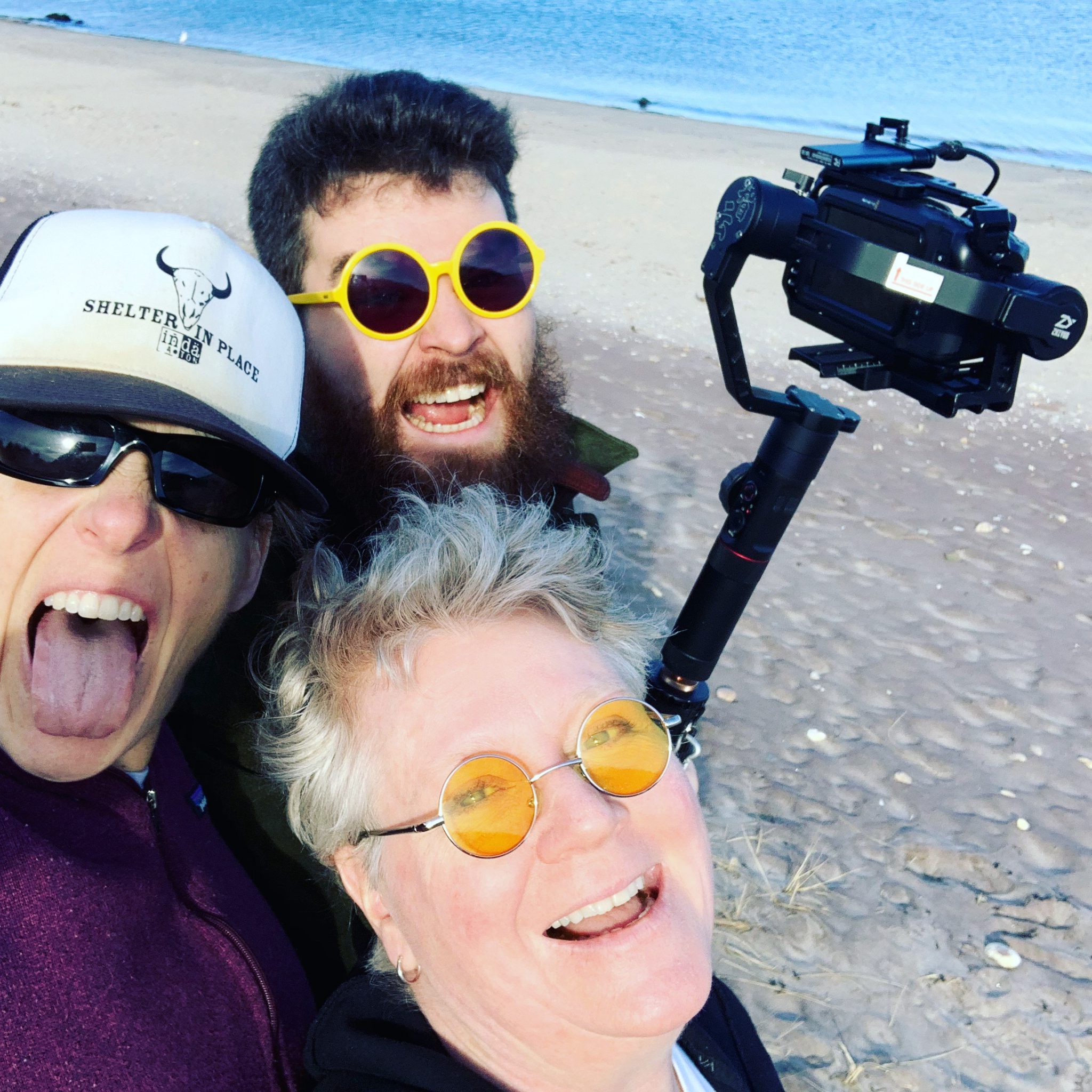 Out image hunting at Barnes Hole with Mike Lavin and Annemarie McCoy as we wrap up the filming for the ‘Free’ short movie. We’re channeling our love of ‘Koyaanisqatsi’. 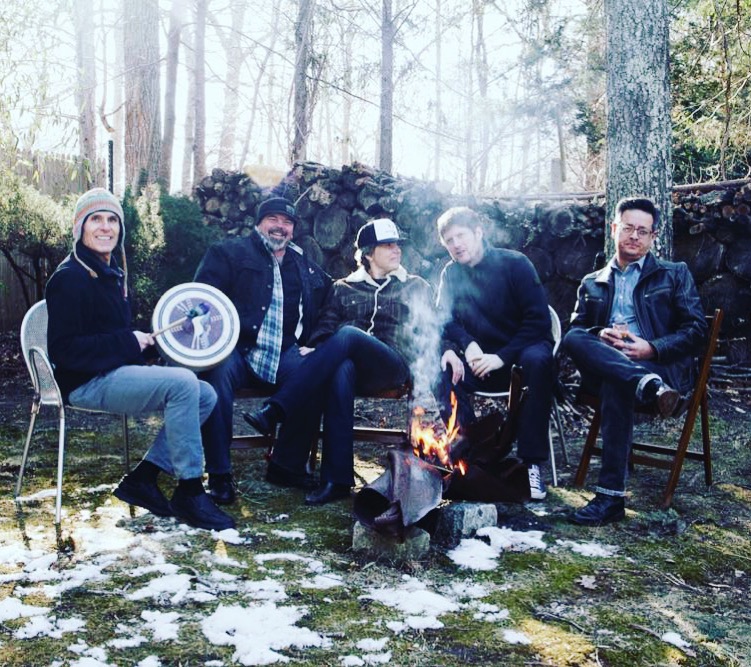 Ellen Watson took this photo in my back yard in Springs, NY. L-R: Mike Guglielmo, Ind, B. Rehm-Gerdes, Jeffrey Smith and Jeff Marshall. We needed the entire plastic bottle of charcoal starter to keep the fire burning on the early March day. 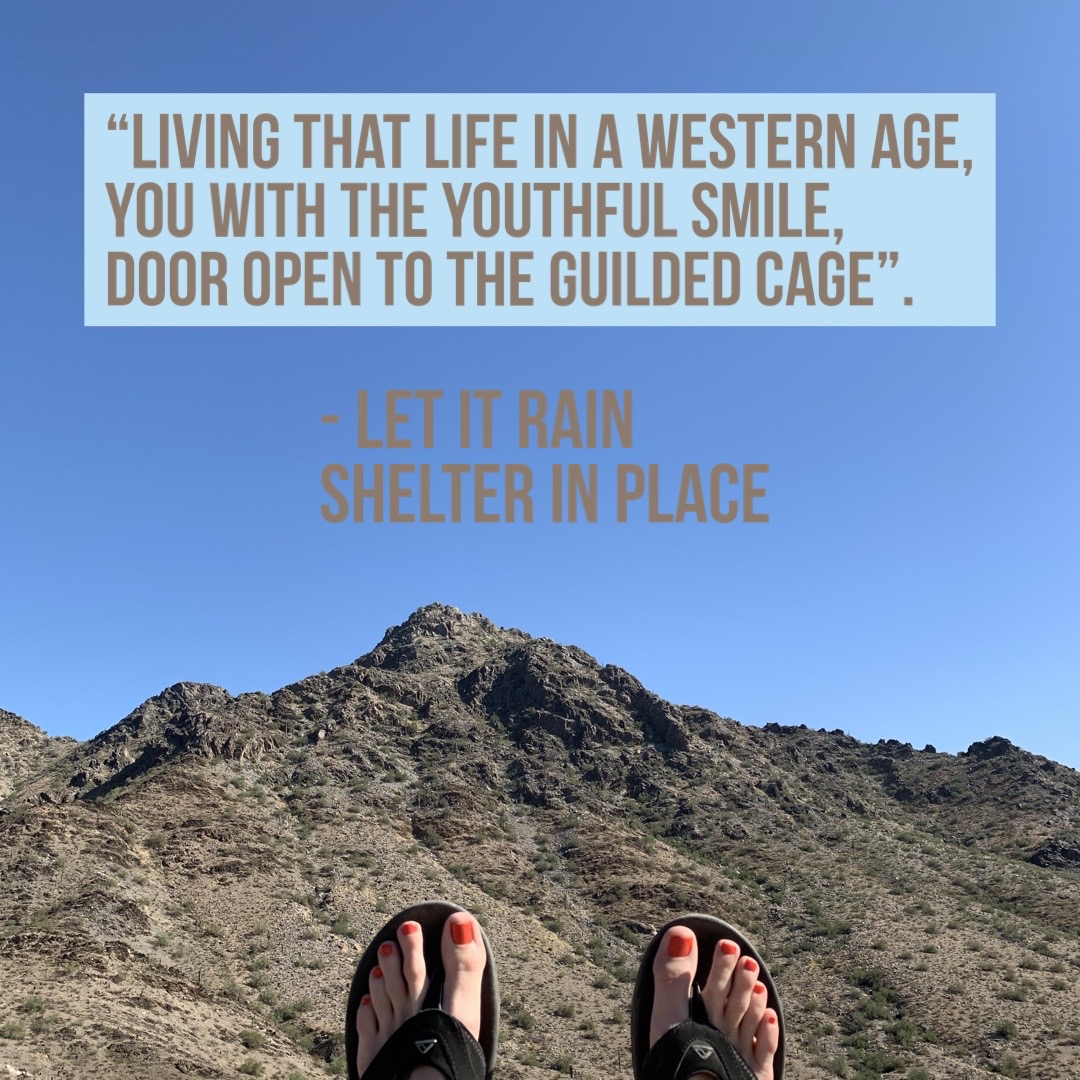 I took the self flip flop portrait while sitting in the Phoenix Mountain Preserve at the resting spot of Twila (my Mom) while listening to ‘Let it Rain’.
It is her song.
It was a perfect moment. 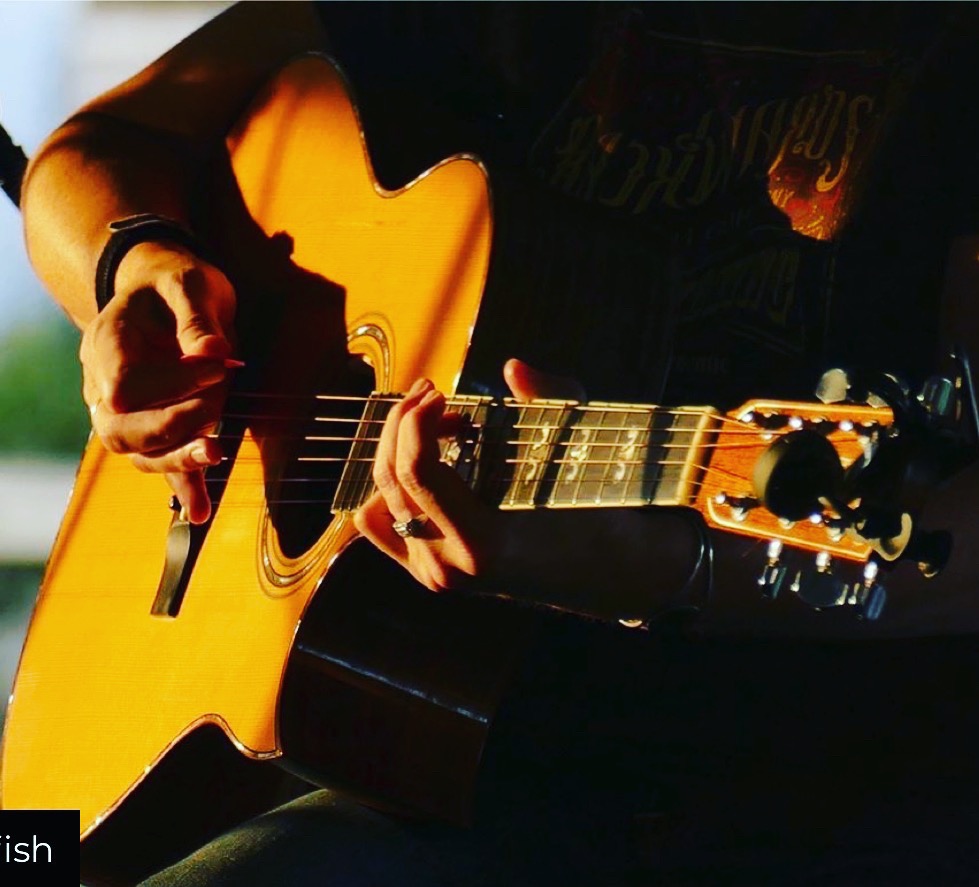 The Sag Harbor American Music Fest is my favorite music festival on the east end of Long Island. SHAMF loves original music and the sound is outstanding. You can feel it deep down. Julee Fish took this shot of my Larivee C-10 at the fest right before I cracked it down the middle (too much air drumming). We were honored to close out the fest. The Larivee got patched up and is better than ever. 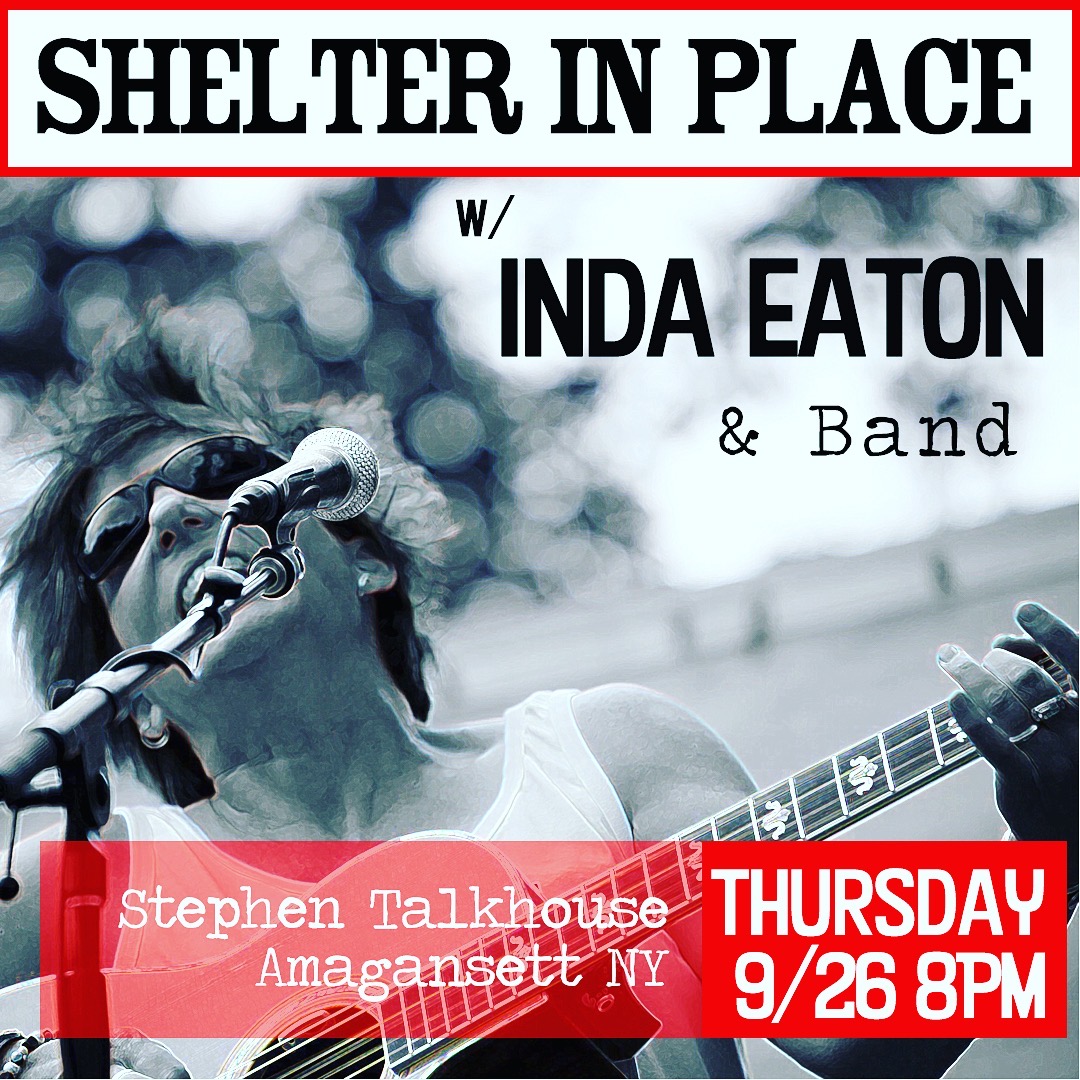 Jane Martin took this photo one afternoon in Shelter Island, NY at a music fest at Sylvester Manor. It was a co-bill with Nancy Atlas & Gene Casey. I love how she captured the untamed hair. 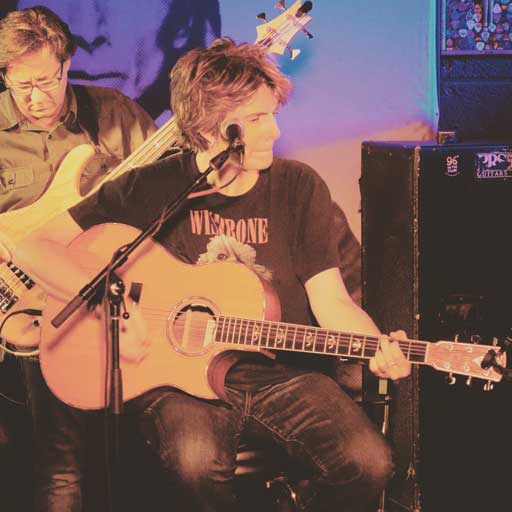 After medical challenges and the wheels coming off the bus, we re-imagined Shelter in Place at the last minute to play it down on acoustic guitars with Jeffrey’s custom made cajon. The show featured Jeffrey Smith, B. Rehm-Gerdes and Jeff Marshall. (My appendix lasted until the last note was played on the tour. Mike G. is now better than ever).