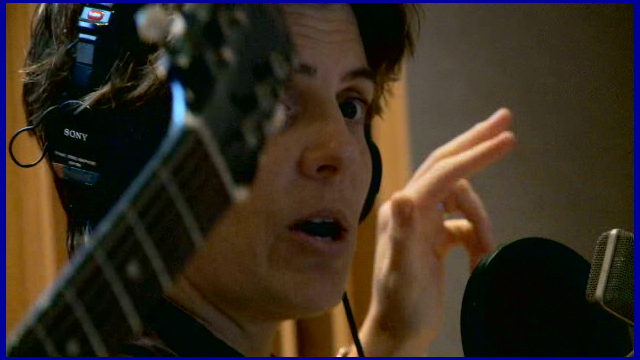 “I come from the heartland, and identify so much as an American—it feels like anything is possible here. We are the best chance for hope. We can argue politics and policies, but, at the end of the day, we are bound together beyond these.  I do what I do to connect — music has this great disarming quality — it leads to vulnerability as people lay down their shields.”

photo by B. Downey

“We can argue politics and policies, but, at the end of the day, we are bound together beyond these,” shares Americana singer-songwriter Inda Eaton. “I do what I do to connect—music has this great disarming quality—it leads to vulnerability quickly as people lay down their shields.”

In a career that spans 8 albums in 20 years, and a blur of endless tours, for her latest album, Shelter In Place, Inda opted for once to stay put. The 11-song record was literally tracked in the Springs, New York-based artist’s backyard. In the stillness of the album writing process, she sifted through her scrapbook of travels, and created a Huck Finn-spirited collection of story-rich heartland rock songs brimming with adventure, and personal reflection.

Inda’s warm humor, free-spirited emotionality, and literate flair make her songs feel as comfy as a favorite pair of jeans. Inda’s vocals have a whiskey and honey-tinged raspy quality that’s both stirring and soothing. Her stories and musings feel instantly resonate. Inda’s songwriting spans fist-pumping anthemics and bucolic balladeering, and it embraces a wide swath of influences, including country, classic rock, folk, and pop.

Inda’s music has been a global passport, taking her through Latin America, Australia, and Germany in her early years. There, she became something of a charming troubadour, winning over audiences with her quick wit, affable onstage connectivity, and her ability to fuse rousing hooks within a downhome roots-rock sensibility. These formative experiences have served her well in building an engaged following in the U.S.

Inda has toured in various configurations throughout America, both as a captivating solo performer and a powerful bandleader with a trusted posse of ace musicians. Select live highlights include opening for noted names like John Hiatt, Blues Traveler, Earl Scruggs, Hootie and the Blowfish, LeAnn Rimes, Shemekia Copeland, and Molly Hatchet. Additional performance highlights include tours for American Society of Young Musicians and VH1’s Save the Music Program.

Inda has been a fixture on the CMJ alternative charts, earned an AFIM “Best Independent Album” nomination, and garnered critical industry acclaim in publications such as Billboard and Relix.

Through it all, her DIY flag has flown majestically. She has her own music publishing company, Skin to the Wind Productions, and Inda has self-produced or co-produced many of her albums. 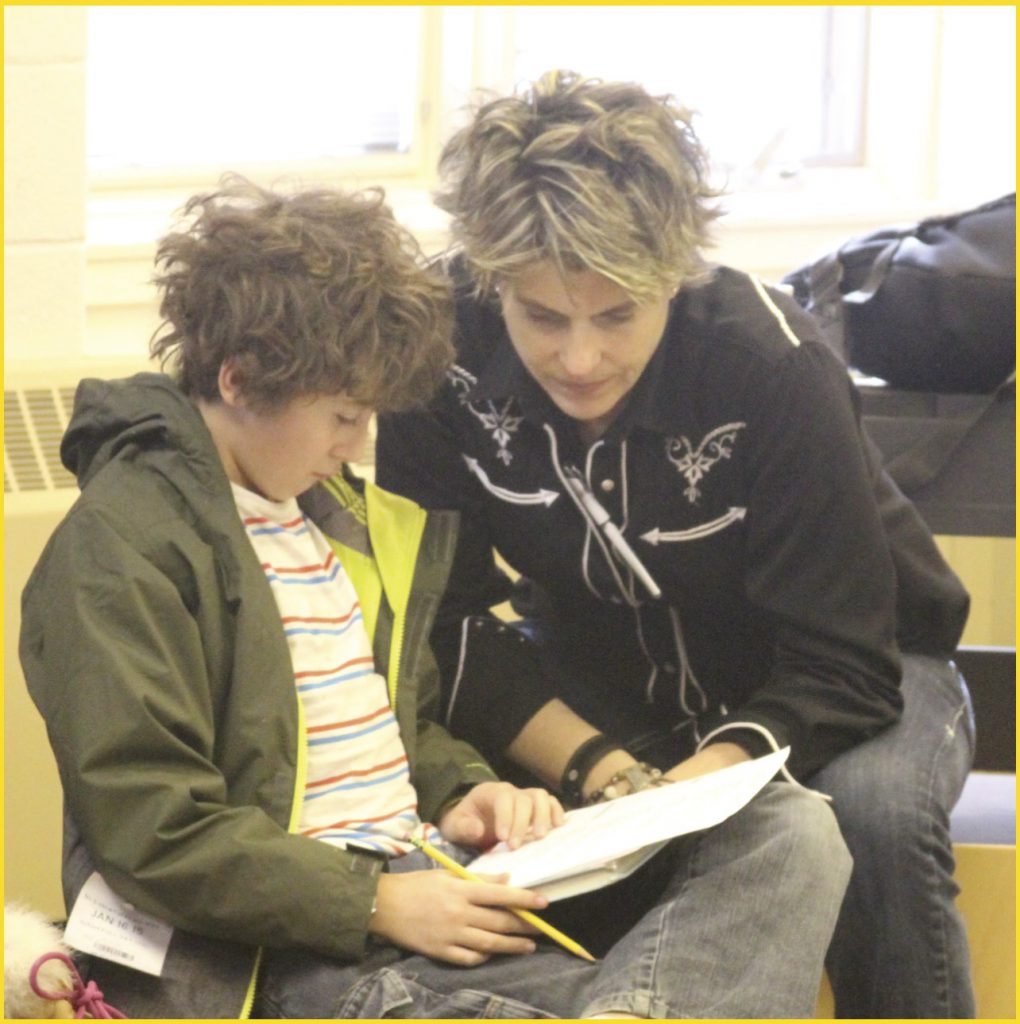 In 2010, Inda formally committed to sharing music with younger generations in school music programs with what has become Ideas to Inspire™, an arts-fostering organization that works to provide students with creative experiences through music, storytelling and self-expression. When not touring in support of her albums, Inda and her bandmates can be found traveling from one k-12 classroom to another supporting i2i programs across the country.

For album 8, however, Inda put the brakes on to ponder her winding path, thus far. “The road is a muse for me—the best way to ground ideas for me is a road trip. This album is kind of the shelter to process the trips I’ve been on,” she details.

Besides geographic travels, Shelter In Place is rife with coming of age themes couched in loss. Also threaded throughout the album is Inda’s multi-layered take on America. Inda was born in California and raised in Wyoming and Arizona, so one could say she deeply feels the heart of the heartland. She’s also a gay woman who married in 2011.

“I do come from the heartland, and identify so much as an American—it feels like anything is possible here. We are the best chance for hope,” Inda says.  “I just get upset when we can’t get along.”

Shelter In Place opens gently with the subtle chiming guitars of “Let It Rain.” The song tenderly unfolds around Inda’s impassioned vocals with airy melodic instrumental textures as support. The track’s spaciousness allows for a boldly vulnerable poignant short story about Inda and her mother to clearly be conveyed.

From these textural beginnings, the album winds through a vibrant array of Americana and roots rock all tied together with Inda’s sturdy songcraft, affable raspy vocals, and a communal music spirit of a band playing together with intuitive musicality.

The band digs in on “Move So Fast” which features impassioned vocals and a bracing dose of heartland rock n’ roll. “Initially I wrote that song about how we move fast to get a lot of things done,” Inda says. “After mastering it, I realized it was foreshadowing my mother’s passing. It took on a new meaning of how we move so fast as a coping strategy.”

The playfully titled “What Happens On The Road” reflects on tour life existentially. The song is driving acoustic rock boasting a roof-raising breakdown. “On the road, life is kind of simple; you just need some quarters to do laundry,” quips Inda. “But in all seriousness, there is always this tug and pull of reconciling home life and road life when it feels like there is no guarantee of tomorrow.”

The album concludes with the exquisite piano ballad “Once” themed around a misunderstood friendship, and an almost missed opportunity to set things right. The story arcs around Inda not feeling comfortable telling a male friend of hers from her Wyoming days she married her girlfriend. When she finally tells him, his reaction was simply feeling hurt she didn’t share the big news sooner. From that moment of growth and clarity, the friendship deepened until her buddy was killed in a motorcycle accident two years later.

“That loss knocked me off my axis—it was like a gut punch. It taught me a certain magic happens when you open your heart and a take chance. Everyone has vulnerability and there is more to be gained by sharing truth,” says Inda.

Inda’s complex feelings of love and belonging come to life in the visual short for the album’s standout “Free.” Here, the rustically atmospheric song comes to life via a filmic experience that is a sweeping visual survey of America, from the industrial grit of New York City subways to the pastoral expanse of the West.

Shelter in Place was recorded at Inda’s Springs, New York home with members of her longtime band, featuring B. Rehm-Gerdes, Michael Gugliemo, Jeff Marshall and Jeffrey Smith, along with special appearances by Eve Nelson, Nancy Atlas, Lee Lawler and Rose Lawler. “It was like sitting around Sunday dinner where everyone got a chance to say what they needed to say,” Inda recalls of the sessions. “There was a lot of listening and seamless interplay.”

Shelter in Place is a powerful entry in Inda’s catalog of recorded work as it loosely summarizes the journey thus far. Pondering its resonance in her career arc, Inda says: “I feel like I’m in the best possible place to connect authentically with people. When we go onstage, there is no separation between us and audience, we are all together. That feeling keeps me logging miles.”

Contact
Ideas to Inspire™
Are you with the press?